The Perils of Going Too Small on Congressional Reform

The 35-day shutdown of the Federal Government that ended in January did nothing to enhance the reputation of Congress with the public.  Being unable to perform its most basic functions of passing an annual budget is Exhibit #1 that Congress is broken.

Dysfunction pervades the Legislative Branch, so the new Select Committee on the Modernization of Congress, a bipartisan panel the House created to reform itself, has a lot of work to do. One important way to reform is to provide Congress the resources and staffing necessary to carry out its functions. The Select Committee should consider that idea. After all, the number of staff have declined since the late 1970s, even as the country’s population has grown. Yet, constituents would likely resist efforts to increase the resources available to Congress, since record low approval ratings suggest the public does not think representatives benefit them much already. To ensure the efforts at increasing congressional capacity do not backfire, the new Select Committee on the Modernization of Congress must couple it with significant reforms in other areas of the legislative process, especially authorizations and appropriations.

Increasing resources available to Congress carries the risk that the public will scoff at the attempt. Two studies from 1995 and 2015 both show that the public thinks that Congress is actually overstaffed—even though they already grossly underestimate the number of congressional aides. If Congress increases staff size, the public is in for a double shock: first, at how big the staff sizes already are, and second, how big they will be. The response will be predictable: Congress is good for nothing—and they want more of my hard-earned money for more assistants? Sorry, no way. Congressional approval ratings could hardly sink any lower but providing more resources for Congress might be just the thing to alienate Americans who support the institution or are indifferent to it. If that happens, some Members will quickly introduce legislation to roll back the staff increases, and candidates will pledge to do the same if they can pick off incumbents (especially those who voted for the increase in the first place). Though the case for increasing money available to Congress is compelling, public opinion makes implementing this simple reform challenging.

If Congress would like more resources, the first step towards winning the public is that it shows that it provides genuine value to their everyday lives. No doubt, Congress fails in many respects, but it still can pass critical legislation. For instance, in the 115th Congress, huge bipartisan majorities in both Chambers enacted legislation to combat opioid abuse. Laws like these touch Americans across the country, across socioeconomic and demographic groups, and attempt to alleviate one of the country’s dire needs. Congress has passed legislation in other areas as well and can continue to do so, even with the resources available to it already. If Congress wishes to increase the money and staff available to it, it first needs to continue to produce bills that improve the lives of all Americans, and it needs to work extra hard to educate the public about these victories too.

The Select Committee on the Modernization of Congress can lead the effort at providing value to the public by recommending reforms to the authorization and appropriations process. Revving up the flagging authorization process needs to be a priority. If it is the government’s proper role to intervene in a particular problem affecting the public, Congress will (generally) provide a solution through an authorization bill. Yet Congress routinely provides funding for activities whose authorizations of appropriations have expired. For instance, for fiscal year 2018, the Congressional Budget Office (CBO) reported that at least $318 billion, over a quarter of the $1.2 trillion Congress appropriated, went to activities without current authorizations of appropriations. Failure to provide current authorizations is a failure to set policy for agencies and programs and to hold the administration accountable for how it carries out the law. Since the authorization process is a primary way Congress provides value to the public, fixing it must be a priority for the Select Committee.

Strengthening the authorization process is only part what the Select Committee should focus on. The appropriations process should be its other mission. If an authorization bill is a car, an appropriation is the gas that makes it go. Congress has failed to complete this process on time since the mid-1990s. Instead, Congress usually relies on temporary continuing resolutions until it can pass a bill for the rest of the fiscal year. That is like filling up a gas tank partially, then stopping at another one a couple miles away, then stopping again and again, until you reach your destination, even though a single full tank could get you where you want to go. Just as perpetually looking for gas stations slows down a road trip, stop-gap appropriating sucks up time and effort that Congress could spend on other important matters. (Not to mention, continuing resolutions are a drag on agencies since they impede planning and execution of their responsibilities. One article on the effect of continuing resolutions on the government is appropriately titled “Welcome to CR Hell.”) Ensuring the government has a functioning budget process will provide the public tremendous value.

If Congress shows what it is capable of with what it has right now, it can make the case that it will provide even more with additional resources. As with anything else, the public will reward effective service, which might include support for—or at least toleration of—increases in the resources and personnel available to Congress. If the Select Committee on the Modernization of Congress can provide workable solutions to improve authorization and appropriations processes, its Members will show their colleagues and the public what the Legislative Branch can do. The Select Committee has a great opportunity—let’s see it go big. 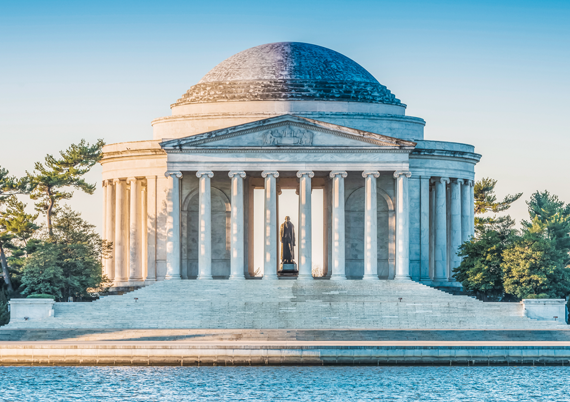