The coronavirus pandemic has upended any sense of normalcy, including how Congress operates. Gathering 535 Members plus staff, security, support personnel, media and others presents not just a logistical nightmare but violates federal guidelines and regional stay-at-home orders. But Congress has important work to do, which is why debates over whether to allow proxy or remote voting have begun.

Congressional Institute Mark Strand says that creating a “virtual Congress” would be a “terrible idea” for many reasons. From an oped Strand wrote that published in The Hill:

“One of the greatest problems with congresses since the turn of the century has been the lack of collaborative legislating between bipartisan members with common constituent interests. This has had destructive consequences of government by party leaders wielding absolute power over House floor procedures. The creation of a virtual Congress, if only because of how unwieldy a videoconference with 435 Type-A personalities could be, would have to be highly structured and tightly controlled by party leaders who have predetermined objectives. The ability to create bipartisan compromise and generate provocative amendments would be almost impossible.”

Strand further says that leaders can use unanimous consent for legislation that demands quick action but cautions that it should not be used for anything controversial.

When the House is convened under the Committee of the Whole, it requires a quorum of 100 Members. Strand suggests that could be lowered to 50 during national emergencies to let lawmakers conduct its work. When it comes time to vote, the regular operating procedures that require a majority to pass legislation would be enacted – as it normally does. So fewer lawmakers are necessary to put together bills, but the larger body representing the entire country is needed to approve anything.

Strand also appeared on the Mike Bates Show to discuss the idea of proxy voting, which House Democratic leadership has been considering. House precedents have never allowed for proxy voting; Strand questions whether the Constitution even allows it.

“The Constitution is very clear that a majority is required to do business. … According to the House’s own precedent, proxy voting does not meet the standard of the Constitution, which requires an actual, physical majority of Members to be present to conduct any business.”

Strand says that the House has great leeway in setting its own rules, but those rules cannot contradict the Constitution. So the central us, if you’re not physically present to vote, how could the House vote to allow proxy voting?

“It does seem a bit oxymoronic to vote present by proxy,” Strand says in the interview.

Aside from whether the House could conduct proxy voting, would it be wise to do so? In the interview, Strands says that Members tend be more civil the deeper their relationships are with each other. During the interview, Strand says that Members used to spend more time in Washington, frequently moving their families there and developing friendships. “Congress is supposed to be a gathering of people for the purpose of resolving certain issues. It’s not a remote [body] where people can mail in their votes,” Strand says.

Go here to listen to the full interview, including why proxy voting means that votes in the House must be strictly scheduled with explicit instructions from Members to the official record so it’s clear to constituents know how their representatives voted. 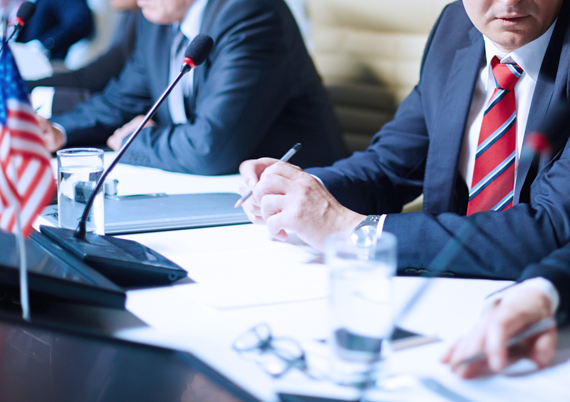